Good news reached us recently when we heard that a student who was sponsored by Cwmni Da had been awarded a PhD by Bangor University. The company had sponsored Shân Pritchard from Bethesda for some time, and we were delighted when we discovered that Shân -or Doctor Pritchard as she is now known – had completed her studies. Shân’s academic work played a vital rôle in two of our multimedia productions, Dyma Fi, and Generation Beth. We were delighted to receive the following message from Shân earlier this week.

“Without Cwmni Da’s sponsorshipl it wouldn’t have been possible to continue with my studies or to support this innovative research”, she wrote. “The dissertation, which studies the use of the Welsh language in the digital world is a notable contribution to an academic field of growing importance. Minority languages can struggle to make themselves heard in this challenging landscape.” 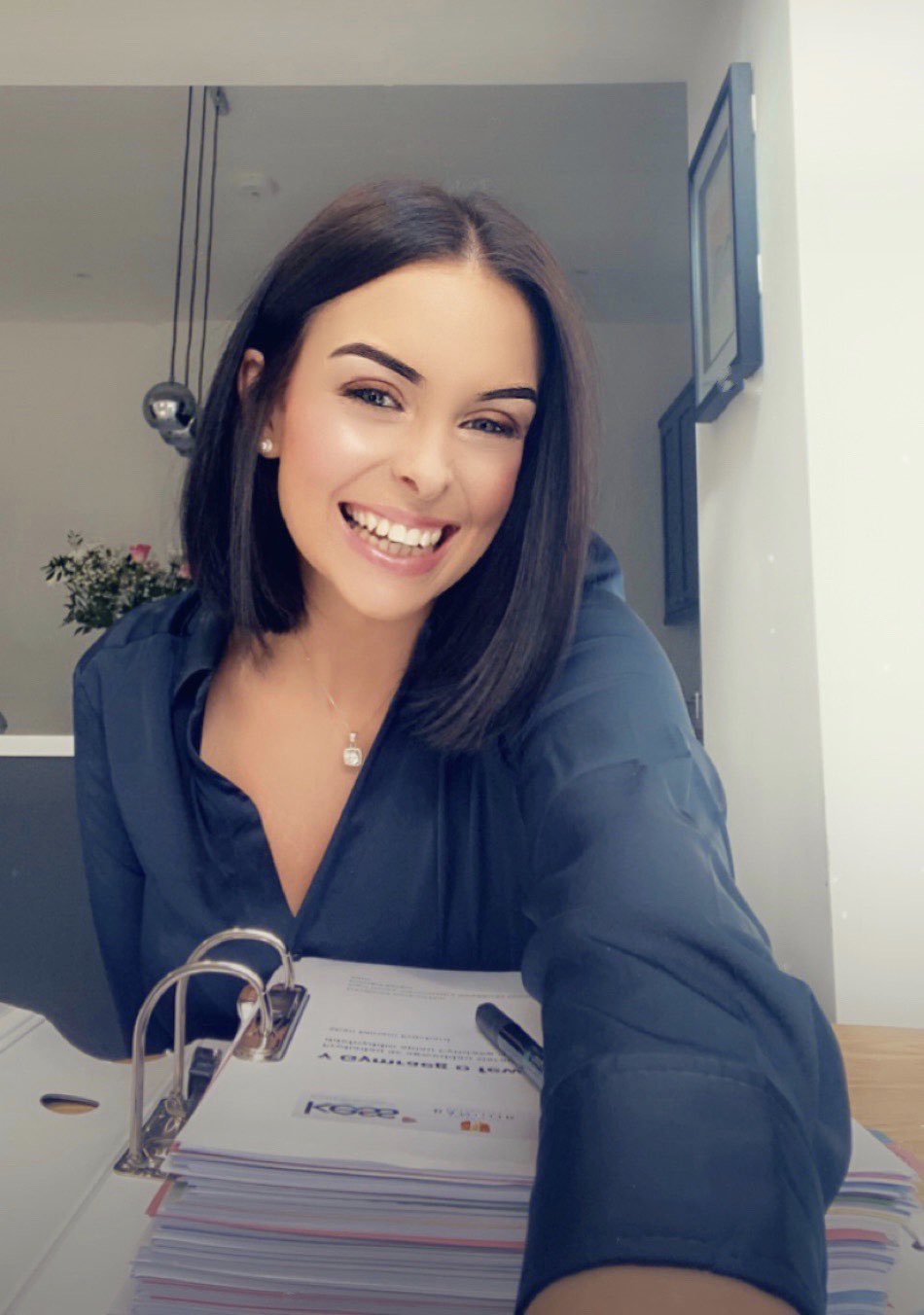 “Meeting your needs as a company, the dissertation mainly focuses on the user experiences and attitudes of Welsh speakers who use Welsh or bilingual apps. Of course, the innovative part of the research is that it was conducted in partnership with Cwmni Da, and bridged the area between the academic and commercial sectors. As a result the research has produced useful information for language planners and policy implementers, as well as Cwmni Da and the whole digital industry in Wales.

I want to thank everybody at Cwmni Da for their welcome during my period spent in the office in Caernarfon. I was in my element at Victoria Dock, and I’ll look back on that period with very fond memories. ”

Well thank you Shân, and rest assured, there will be a warm welcome waiting for you when you next visit Cwmni Da. Congratulations! 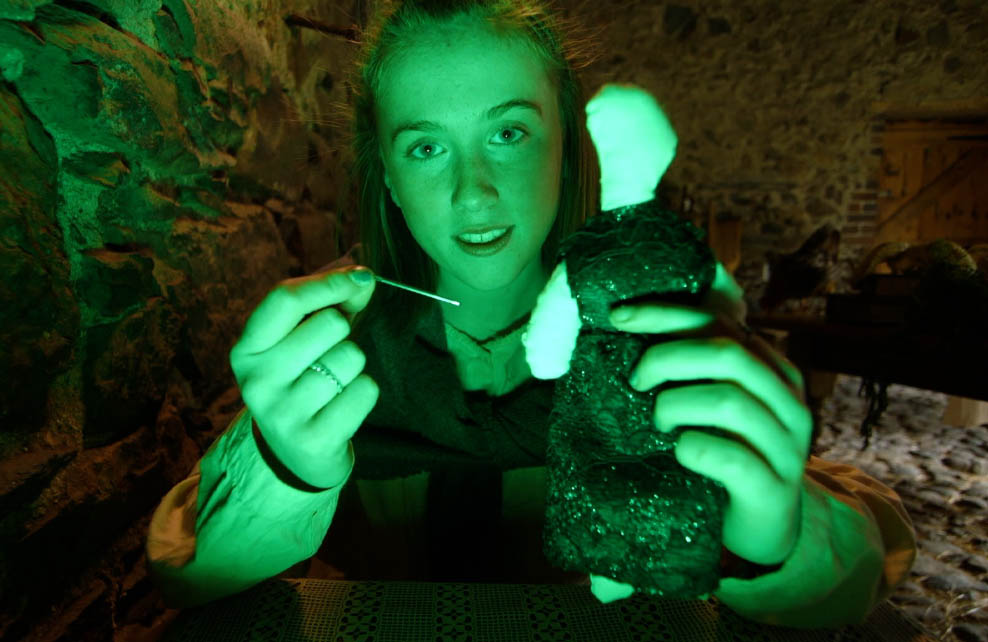 Despite living under lockdown restrictions, the five leaders of S4C health series FFIT Cymru have made significant improvements to their health and have collectively lost almost 10 stone in just seven weeks.

After signing up for the popular show to try and transform their health and wellbeing, the five leaders, Iestyn, Elen, Kevin, Ruth and Rhiannon have all been filming themselves at home while following specialised food and exercise plans over the duration of the series.

With FFIT Cymru reaching its finale on Tuesday 19 May at 9.00pm, the final weigh-in has revealed that the five leaders have lost a total of nine stone and 11 pounds. Medical tests taken at the start and end of the series have also shown a number of positive changes in their health.

Primary school teacher Iestyn Owen-Hopkins, 28, who is originally from Caernarfon but now lives in Llanrumney, has lost a staggering three stone and seven pounds since the first weigh in. Tests have also shown that his fitness age has dropped almost 20 years in the space of seven weeks, from 59 to 40. He said: “This journey has been incredible and I’ve learnt that losing weight is more than what’s on the scales and the way you look, it’s about the way you feel in yourself too. Diolch FFIT Cymru.”

Teacher and mother-of-two, Rhiannon Harrison, 29, from Aberystwyth, lost one stone and 10 pounds in total, and her blood pressure has dropped back down to the normal level, having had to take tablets to control her levels for the last 10 years. She said: “I feel completely different to the old Rhiannon at the start of the plan. The spark is back and I can’t wait for the exciting future that’s ahead of me.”

Radiographer Kevin Jones, 53, from Ruthin, who is a father of three and step-father of five, has improved his health significantly. Having been living with type 2 diabetes, his blood sugar levels have decreased enough so that he no longer requires medication to combat the condition. During the series, he has lost one stone and 13 pounds in weight, and his blood pressure and visceral fat levels have also reduced, which have lowered his risk of heart disease. He said: “Where do I begin? Finding out that I no longer needed medication for my diabetes has made all the hard work worthwhile.”

Mother-of-three Ruth Evans, 45, from Llanllwni who works for Ceredigion Association of Voluntary Organisations (CAVO), has dropped to 13 stone and two pounds after shedding one stone. Her lung age has also dropped to that of a 42 year-old – three years younger than her actual age. She said: “I like what I see in the mirror now and after lockdown, I will be ready to go out on a date.”

Dentist Elen Rowlands, aged 23 and from Ruthin, has lost one stone and 9 pounds over seven weeks. During that time, her body fat percentage has fallen almost 10 per cent and her fitness age has reduced by 15 years, from 40 to 25. She said: “The whole experience has been unbelievable and I can’t thank the experts enough for choosing me to take part.”

The three FFIT Cymru experts who guided the leaders through their journey are delighted with their progress.

Personal trainer Rae Carpenter, said: “Despite lockdown restrictions, we all had faith in the five leaders and we had faith in the food and fitness plans. It shows that by eating healthily, keeping fit and making small changes, you can transform your life.”

Psychologist Dr Ioan Rees said: “Even during these restrictions, they have proven to us every week that they could do it. They have blossomed with their mental strength, confidence and self-respect.”

Dietician Sioned Quirke: “During such a testing time for everyone in Wales, the fact that our five leaders have been able to give their all to the plan every week and transform their lives, is a testament to them. ”