Can singing in a choir help you learn the Welsh language?

According to national statistics, Pembrokeshire is the area that has seen the largest increase in Welsh speakers over the last decade – but does singing help people to learn the language?

That is the question that singer Rhys Meirion will try to answer as part of the popular series, Corau Rhys Meirion.

In the third episode of the series, which will air on Thursday, 20 February at 8pm on S4C, Rhys will work with a choir of Welsh learners in Pembrokeshire to thank and celebrate the vibrancy of the language in the area. 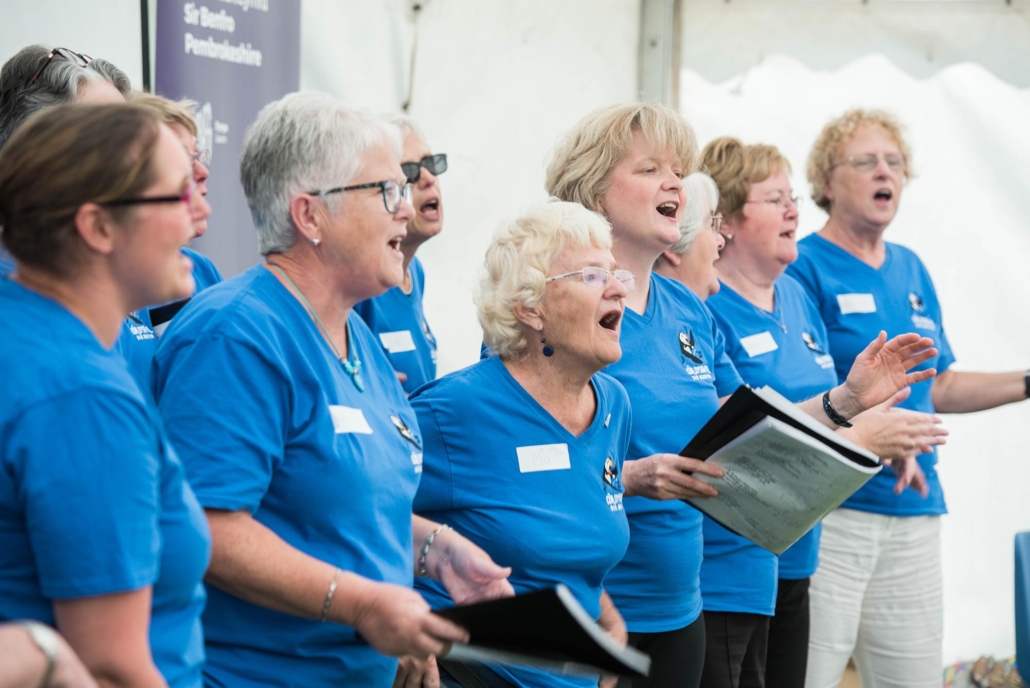 “One area that is seen as a difficult challenge in the context of the language is Pembrokeshire – or ‘Little England beyond Wales’ as it is known!” said Rhys Meirion, “but, a lot of people in the area are learning Welsh.

“Our intention is to prove that there is a buzz about the language, and to thank the people for learning Welsh too.”

The choir will be trying out a craft that is native to Wales – Cerdd Dant!

“Singing in Welsh wasn’t enough of a challenge for this choir, so we upped the game and challenged them to sing Cerdd Dant. Some hadn’t even heard of Cerdd Dant before, let alone perform it!” added Rhys.

“But it wasn’t just the choir that was up for a challenge. I had to set a verse for the performance too, having never done it before! Performing classical music and performing Cerdd Dant are two completely different things.”

In this programme, which is a celebration of the Welsh language, we meet a few characters in the area who have turned to learn the language for a variety of reasons. Among them are the young family, Meg and Ross, and their three children, who live in the Druidston area.

Meg shared with Rhys Meirion in the programme: “My grandmother came from north Pembrokeshire, but we didn’t speak Welsh with her. It was very important to me that my children learned Welsh. We feel lucky because the children go to a Welsh school and they speak Welsh as their first language. The language is alive again in our family.”

The choir’s journey will reach its pinnacle by performing at St David’s Cathedral, where they’ll perform their interpretation of Idris Reynolds’ poem, Gofyn Cymwynas to the accompaniment of the harp tune, Rhydypennau.