It’s hard to believe that there are about 100 islands off the coast of Wales. From the obvious ones, like Anglesey, to the smaller ones like Ynys Tudwal each one has fascinating stories and history.

Islands also play an important part in the personal stories of Connagh Howard and his father, Wayne. Wayne came to our attention as the winner of the Welsh Learner of the Year in 2003, and his son Connagh was one of the stars of of the ITV series, Love Island in January 2020. 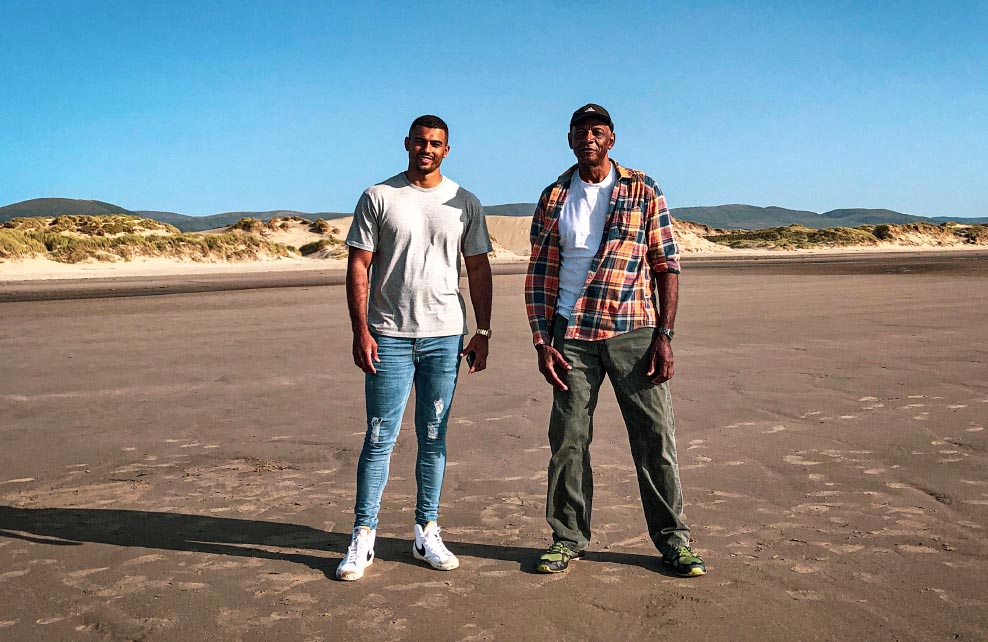 Waynes father came to Wales from Jamaica as one of the windrush generation, and his grandfather came from Cuba. Connagh’s mother Linda is Irish and he describes his family as ‘a bit of a melting pot, with people from all over.” But Connagh and Wayne have never visited a Welsh island – not even Anglesey.

In this series, to be broadcast in December, 2020, we will go on a journey with the father and son around Welsh islands. We’ll travel from the mainland to discover unfamiliar and unexpected parts of Wales. The pair will share the experience with us and each other. And of course, they’ll meet a number of characters on the way.